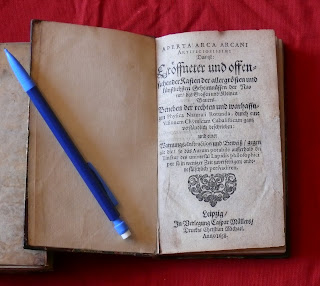 Johann Grasshoff (c. 1560-1623) was a jurist and syndic in the region of Pomerania, and later became a councilor to Ernest, archbishop and elector of Cologne, before retiring to Livonia (a region generally corresponding to modern Lithuania). He authored works and wrote letters under the names Grassæus, Chortalasseus, and Hermannus Condeesyanus. He was instrumental in the editing and publication of the Museum Hermeticum and its German original, the Dyas chymica tripartita, both of which were printed in Frankfurt in 1625 by Lucas Jennis. 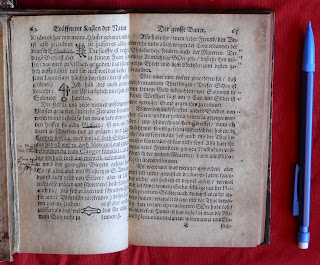 The Aperta Arca Arcani Artificiosissimi, offered here, is a collection of three works attributed to Grasshoff, supplemented by two other anonymous tracts. The three Grasshoff works are Der Grosse Bauer, Der Kleine Bauer, and Physica Naturalis Rotunda Visionis Chymicæ Cabalistica. Der Grosse Bauer contains a detailed account of the generation of metals and their ores, based on which a long discussion of metallic transmutation, concerning the primal matter of the metals and the composition of the Philosophers Stone, follows. The second part, Der Kleine Bauer, is a parable in which the narrator is guided by a peasant (a kleinbauer) through an explanation of alchemical truths based on the nature occurring around them. The Physica Naturalis, is an exposition of Grasshoff’s views on generation in Nature, with a section about the creation of humans and animals, and another about that of minerals and plants.
These three are followed by an anonymous, theoretical work on potable gold and the Philosophers’ Stone (Warnung, Instruction und Beweiss...), and a short tract purporting to be two responses from the Rosicrucian Brotherhood (2 Respons von den F.R.C.). 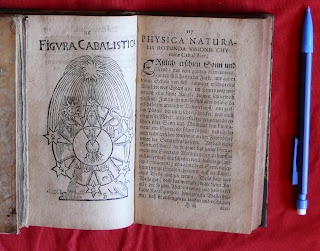 Bound in handsome nineteenth-century half calf over marbled boards 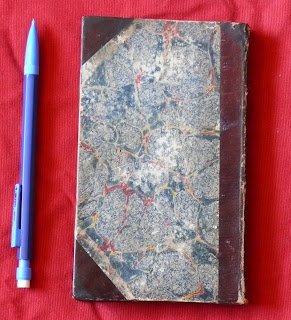 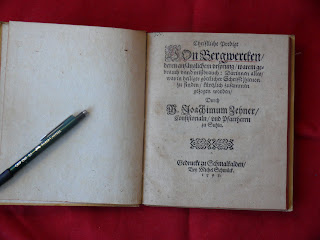 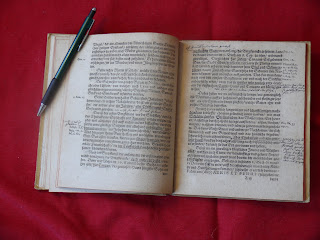 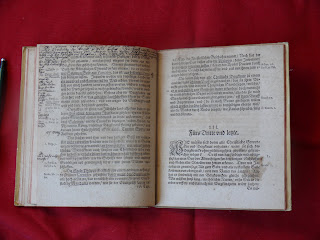 Quarto. 21 non numbered leaves, )( - D4, E1.
This is an interesting and very rare work in the now little-known, mostly Protestant tradition of Biblical mining history. Zehner's sermons constitute a study of mining history from the Old Testament, considering Tubalcain as the first miner and smelting-master of the antediluvian world, followed by post-diluvian mining history. He discusses the moral issues involved when good, Christian miners have inherited their art from such a shameful origin among the “mostly godless, raw folk of the accursed lines of Cain, Ham, and Canaan.” Questions of the generation and geography of ore and precious stone occurrences are also considered; and it is especially here that citations of Old Testament books are supplemented by classical Greek and Latin sources, including Aristotle, Strabo, Herodotus, Ovid, and Pliny. One of the rarest books we have yet sold.
Posted by John A. Norris Rare Books at 2:12 PM 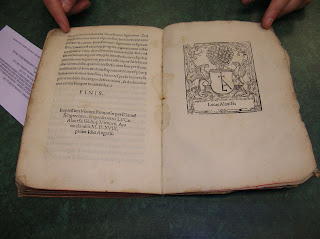 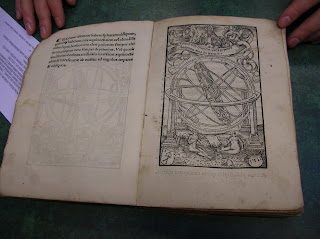 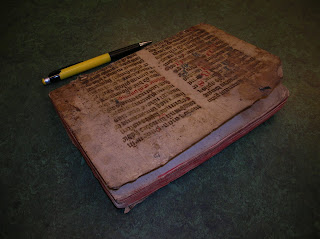 Not the earliest edition of Sacrobosco's astronomical text that we have sold, but so far the rarest. Shown here in its original binding of a late 15th-century vellum leaf from a religious manuscript.
Posted by John A. Norris Rare Books at 1:50 PM

Highlights from our 2010 Sales: Chymical Wedding of Christian Rosenkreutz 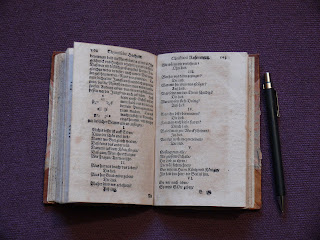 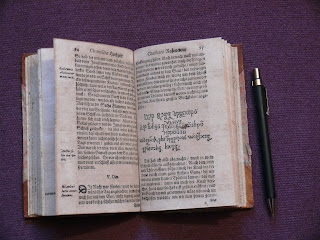 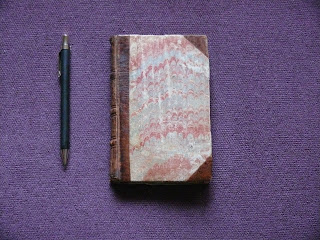 [Andreae, Johann Valentin] Chymische Hochzeit: Christiani Rosencreütz. Anno 1459.
Straßburg/ In Verlägerung/ Lazari Zetzners S. Erben. Anno m. dc. xvi.
Octavo. 143 pages; A-I8. Leaf I8 recto with colophon: Straßburg/ Bey Conrad Scher/ Im Jahr/ m. dc. xvi.
Whether read as an alchemical parable, a Rosicrucian myth, or simply as a significant example of early-modern German fiction, the Chymische Hochzeit is certainly one of the most infamous books of the seventeenth century. The Rosicrucian furor, as Frances A. Yates termed it, rocked Europe for half a century, involving the crisis in religious, political, and scientific/medical philosophy and policy.
Posted by John A. Norris Rare Books at 1:02 PM